I’m not particularly one for party games. I’ve had too many experiences of coming last. I guess it says more than I’d like to admit about me and my friends that that matters. But I do rather like Pictionary. For those of you who haven’t played, it’s a quick-fire game where partners (in teams, not relationships!) try to explain words to each other using only fast sketching. Skip this video if you’re got the idea, ‘cos it goes a bit over the top 😉

It struck me recently though, that a lot of people who can’t seem to design a half-way decent presentation and resort to a million bullet points are perfectly happy playing a silly game. “Oh,” they say “You can’t explain what I’m trying to get over like that – it’s far too complicated”… and yet they’re happy to have a go at sketching ‘seasons’ or ‘drought’ in under a minute.

As far as I can tell, the only significant difference is that when you’re playing Pictionary there’s often alcohol involved and/or a bit of a party feel.

So loosen up – relax. As an experiment, try approaching each slide as though it was a challenge in Pictionary. I don’t mean that literally, of course, but as an exercise in getting things moving it could be very productive.

A variation for formal presentations 🙂

try imaging how you’d get your message over if you had to design it as a road sign. 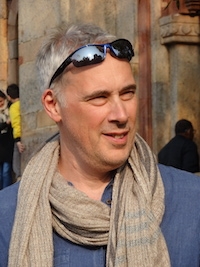 One Reply to “Pictionary Presentations”